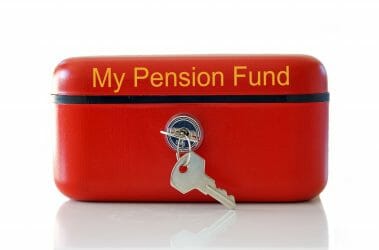 “Case law suggests that, more often than not, non-pension assets will be divided in a way that is not equal”

How the pension is shared will depend on the circumstances of individual cases. The overarching principle which the courts seek to uphold throughout divorce proceedings is fairness, and they can exercise discretion when deciding whether part of the pension should or should not be subject to the sharing order. For example, where one party has acquired a large portion of their pension prior to the marriage and both parties’ finances exceed their needs, the court might consider it necessary to apportion the pension, therefore excluding some or all of the amount from the sharing order.

Alternatively, and more commonly, where the parties’ finances are not excessive, the court seeks to distribute the parties’ finances in order to provide for their reasonable needs. Therefore, in a ‘needs-based’ case the courts will not usually apportion the pension and can draw any assets from the matrimonial pot in order to satisfy each party’s respective needs. This means that the court is likely to disregard the time at which the pension was acquired and where it came from in a ‘needs-based’ case. It will instead distribute the whole pension if considered necessary based on the facts.

Although we often associate fairness with equality, and therefore an equal division of a pension, the two concepts do not necessarily interlink. The portions awarded to divorcing spouses may not equal a 50/50 split, but the courts must provide justification for departing from this – what is known in legal terms as the ‘yardstick of equality.’ Case law suggests that, more often than not, non-pension assets will be divided in a way that is not equal, owing to various factors such as health, financial needs and the length of the marriage. There is nothing to suggest that pension assets should be treated any differently and therefore may also be apportioned based on these factors.

If you wish to discuss any matters which are raised in this article please speak to Daniel Flynn head of Dispute Resolution and Family.