Home / Articles / Will they, won’t they?
Request a free consultation 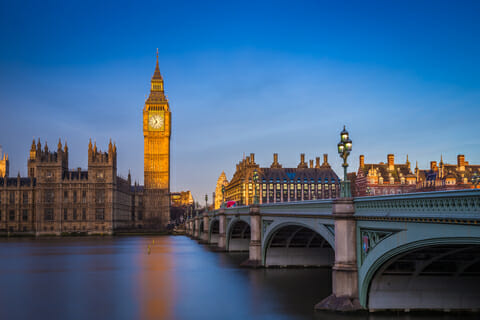 Just as soon as it was back, it was gone again. The Divorce, Dissolution and Separation Bill, originally introduced by Theresa May’s government, was lost when the Queens Speech was called in September, then reinstated, then lost again to the general election. It is now unclear whether this legislative project will ever come to fruition.

The proposed reform mirrors the reforms first set out reforms first put forward in the mid-1990s. The reform would have meant that couples who wish to divorce would no longer have to ‘blame’ one of them for the breakdown of their marriage.

Under the current law, the only way to be divorced without blaming your spouse is by waiting for two years. This is a long time to remain married after your relationship has broken down. Couples often choose to avoid this long wait by one party blaming the other for the divorce but this can create animosity and acrimony. The introduction of a no-fault divorce system is believed to be long overdue. Over the years, lawyers involved in the family courts have seen the problems that blame can cause and have campaigned for a more practical approach to relationships breaking down.

Can a partner refuse to agree to a Divorce under the new Legislation?

The government had been consulting on the proposed change for 12 weeks, speaking to lawyers, judges, social workers, and members of the public to understand how to shape divorce law so it fit today’s society. The proposal was that couples would only have to state that the marriage had broken down irretrievably. It would mean that either party could seek a divorce and the other party would not be able to stop them after only six months.

This is the case which brought the issue into the public eye. Mr and Mrs Owens had been married for forty years when Mrs Owens decided that she wished to divorce. Mr Owens did not agree to a divorce and so Mrs Owens had to convince a court that Mr Owens was at fault. The court decided that Mr Owens’ behaviour, while not the nicest, was not sufficient that Mrs Owens could not reasonably be expected to live with him. Mrs Owens’ petition for divorce was rejected. If one party wishes to be divorced and the other doesn’t then, apart from convincing the court that you ought to be divorced because of behaviour, your only option is to wait five years. During that time, you remain as much married as you were on your wedding night. Mrs Owens will have to wait from 2015 to 2020 before she can issue a new petition for divorce.

The judgement and details of the case can be found HERE

The new rules were very nearly completed when government was dissolved. It is hoped that whatever new government we end up with will see the value in taking the bitterness out of divorce and setting up a system that reflects our society. The proposed new rules would include a minimum timeframe of six months from petition stage to decree absolute – the legal document that ends a marriage. A new option will be to allow couples to apply for a divorce jointly.

Whatever happens with the law, at Garner & Hancock we have the experience and expertise to resolve your divorce. Call us on 020 8232 9560 to speak to one of our family specialist lawyers about a free consultation on your case, or leave us a message at https://garner-hancock.co.uk/contact-us/.