You may wish to enter into a pre-nuptial agreement for a number of reasons. For example:

Whatever the reason, we are here to help. Feel free to contact us for more information.

What is a pre-nuptial agreement?

Also known as Pre-Marital agreements, Ante-nuptial agreements or Pre-nups, it is a signed agreement which sets out how various financial and other matters will be dealt with in the event of separation or breakdown of the marriage.

When should I enter into a pre-nuptial agreement?

You should enter into such an agreement as soon as possible. In any event, the agreement must be entered into at least 42 days before the wedding date. 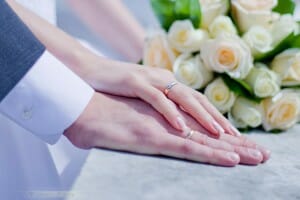 How much does a pre-nuptial cost?

There are a number of stages that your solicitor would have to go through with you in order to prepare your pre-nuptial agreement:

Costs start from £1200 plus VAT, but may increase depending on the complexity of the agreement and the amount of negotiations. We try to provide our clients with a fixed fee where possible.

I only want a basic agreement to protect my assets, why are these agreements so expensive?

Our agreements include provisions which are exclusive to this firm. They include clauses which can protect you from future windfalls including inheritance, future maintenance claims, protecting your family home or your interest in buy to let property. We also have a clause which could protect the parties from buying and selling property or assets, which covers any profits made from such ventures.

Your solicitor should give you an estimate of costs at the first meeting. In most cases, the cost of the pre-nuptial is much less than the costs of having to deal with finances following a divorce where there is no such agreement. These costs can amount to £10,000 – £15,000 per party in a divorce when dealing with finances up to trial.

It is important to be aware that, although a pre-nuptial agreement is influential on the courts, they can still intervene and depart from the agreement.

If you would like a copy of the guide, then please fill in your details and we will send it to you

I do not want other people to know that me and my partner have entered into a pre-nuptial agreement.

It is possible to have a confidentiality clause inserted into the agreement. However, this should exclude legal or professional advisers.

When does a marriage come to an end?

This will require the parties to consider when they believe that their separation has begun. This is an important issue for both parties to agree on, as the separation date will determine when the prenuptial agreement will kick in. The ending of the marriage can be defined in the prenuptial agreement, for example it could take effect when one party writes formally to the other stating that their relationship is over. It may also arise once the parties have lived apart for a certain period of time. 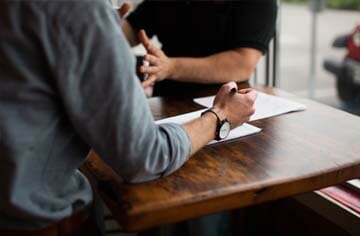 Do I need to make provision for my future spouse in a prenuptial agreement?

When approaching a pre-nuptial agreement the following should always be borne in mind:

For example, if one party has brought all the assets to the marriage and the other party has limited assets, then it would seem reasonable to give the latter party some capital or money in the event that the parties get divorced. This will minimise the potential acrimony between the parties and will likely reduce the risk of one party trying to overturn the agreement through the courts.

You may wish to insert a term into the agreement which provides one party with a home for a certain period or with funds to allow them to purchase a home. The courts will consider the background of the parties at the time of entering into the agreement. This means that you should be confident that the party with more assets will still have such assets at the time of any divorce. In order to provide the party with less assets with more protection, the relevant term in the agreement might state a percentage of any asset, as opposed to a set figure. The solicitor advising you should explain this in more detail and should draft provisions of the agreement to suit your needs.

Can my partner and I seek advice from the same solicitor?

Yes, but the solicitor can only give you generic advice. It is unlikely that a solicitor will be able to act for both parties in relation to the exact terms of the agreement. If you both consult the same solicitor and then one of you chooses to instruct them, the solicitor may not be able to act if there is a conflict of interest. It may be the case that the solicitor has simply given you generic advice and that your partner is happy for them to act. However, this should be recorded in the agreement and it is important that your partner is given a chance to obtain independent legal advice.

Do I need to do anything after I have signed the pre-nuptial agreement?

You should ensure there are two originals (also known as counter parts) and copies, which are usually held with your will with the solicitor who drew up the agreement. However, note that solicitors do not have to keep your file for more than 6 years. You may therefore want to ask that the agreement is kept separately, for which there may be a small fee.

Do I have to enter into any further agreements after the pre-nuptial agreement?

Ideally yes. You should ensure that both parties confirm the contents of the pre-nuptial agreement by way of a post-nuptial agreement, which is made after separation. You solicitor will be able to draw this up for you. 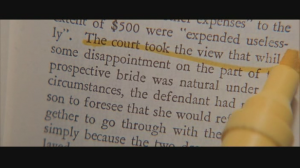 I have recently seen a lot of court cases about pre-nuptial agreements, how does this affect me?

More recently, the pre-nuptial agreement has been given recognition that it has never before received in the the English courts. In the case of Grantino v Grantino, a husband from France had entered into a prenuptial agreement with his wife from Germany. Both country’s jurisdictions give legal status to the pre-nuptial agreement, but the marriage itself took place in the jurisdiction of England and Wales. The parties entered into a pre-nuptial agreement which, among other things, specified that any assets or income accrued by either party throughout the course of the marriage would remain owned by the party that acquired it. The husband was shown a draft of the agreement a week prior to the wedding. He did not seek legal advice and there was no disclosure of any of the wife’s assets. The court considered that pre-nuptial agreements are not contrary to public policy. It was also established that the court will consider the following when looking at upholding such an agreement:

It is therefore important to bear the above in mind when entering into a pre-nuptial agreement in order to avoid the risk of the agreement being set aside by the court.

This guidance as been produced by Vinay Tanna, a partner at Garner & Hancock Solicitors

Garner & Hancock is an established firm in west London and south west London, covering the area of Richmond to Brentford and Hounslow to Chiswick.

Our Solicitors and executives are experienced in Property, Tax, Wills & Probate, Dispute Resolution and Matrimonial Law.

Pre-nup – How to make it cheaper

Does having children alter the pre-nup?

Can I specify in the prenuptial agreement as to how the divorce proceeding may be conducted by either party?

Death and a prenuptial agreement

What is a post-nuptial agreement?

We must also give a general disclaimer that the advice given is generic and the law is correct as at January 2016. You should not rely on this advice to your specific situation as it always best to seek professional help to help you through the law and its application to your case.

Other  Guides which may be of interest: