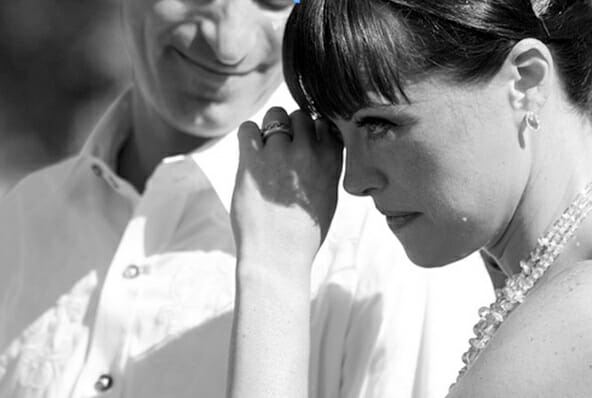 The mechanics of obtaining a divorce nowadays are usually quite straightforward – particularly if the couple agree that the marriage is over. The difficulties tend to lie rather in resolving the related practical issues stemming from divorce such as how to separate, where to live, arrangements over the children and any money matters. Your attention will probably be concentrated on those related issues and the process of actually getting the decree may seemed blurred. We will try and outline a broad framework of the divorce process, to highlight key points and to set out the sort of timetable to expect.

Q. Who can start divorce proceedings?

A. Anyone who has been married for over a year provided one or the other of the couple is either domiciled here or has been resident in England or Wales during the preceding year. It does not matter where the marriage took place.

Q. On what grounds can a divorce petitioner be started?

A. The only ground for a divorce is that the marriage has irretrievably broken down, but there is a complication: A divorce will only be granted if one of five facts, laid down by law, proving irretrievable breakdown, is established.

Q. What are the grounds of Divorce?

(a) Your spouse has committed adultery and you find it intolerable to continue living together.

(b) Your spouse has behaved in such a way that it would be unreasonable to expect you to continue living together.

(c) Your spouse has deserted you for a continuous period of two years or more.

(e) You and your spouse have been living separately for five years or more, whether or not your spouse consents to the divorce.

Q. If the marriage has “irretrievably broken down” and one of the five grounds applies, what happens next?

A. This will depend upon your particular circumstances. It is often sensible to try and obtain your spouse’s consent to the petition and to try and reach agreement over the contents of the petition. For example, if your spouse accepts that the petition should be filed based on unreasonable behaviour, only a brief outline of the particular behaviour may need be given. Not saying all that might be said will not generally prejudice you.

A. Every petition follows the same form. It contains basic information about names, addresses, ages of children and a statement that the marriage has irretrievably broken down. It will also state the “fact” on which it is intended to rely. The petition will include a section (known as a “prayer”) which will include a request for the divorce to be granted. It may also include a request for an order relating to children; a claim regarding costs of the divorce; and an order for financial provision.

Q. What about the children?

A. A form is sent to the Court with the divorce petition which will outline the arrangements relating to the children. The law encourages couples to try and agree those arrangements. The form (known as a Statement of Arrangements) is usually completed by the person filing the petition. Preferably it should be sent to the other spouse before it is filed. If agreement is not reached, this does not prevent the divorce from proceeding.

Q. How much does the divorce cost?

A. This depends on the finances of each party to the divorce. Those who are unemployed or on a very low income are likely to be eligible for advice under the Legal Aid scheme. This means the state will pay the majority, if not all, of the solicitor’s costs (subject to the Statutory Charge if monies are recovered or preserved). Solicitors are obliged to provide an estimate of their costs at the beginning of the case.

Q. Why choose Garner & Hancock to deal with your divorce?

A. Mr Vinay Tanna is a member of the Solicitors Family Law Association also known as Resolution. Mr Tanna has published many articles on Famly Law.

Q. Are financial issues dealt with before the divorce decree is finalised?

However, it should be possible to resolve immediate problems and make temporary maintenance arrangements. Maintenance for children will, in most cases, be dealt with by the Child Support Agency.

Your Solicitor will explain the procedure, can assist with your application and, provided sufficient information is known, can calculate the maintenance likely to be assessed by the Child Support Agency. Your solicitor will explain the possible financial effects of the pronouncement of the decree absolute – for example, with regard to National Insurance contributions, pension entitlement and protection of your rights of occupation in the matrimonial home if it is not in joint names.

Q. Are the proceedings public?

A. Court proceedings in family law are usually private. This means that the public and press are not allowed access to the Court papers. However, the press are able to publish the fact the divorce has been pronounced. The information that they may disclose is very limited. They may disclose the “facts” of the divorce but they are not able to publish details of adultery or reasonable behaviour. 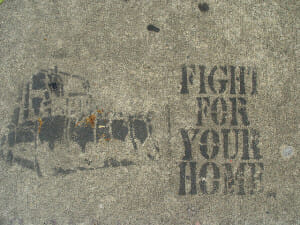 Q. Do I have to attend mediation?

Mediation A change under Section 29 of the Family Law Act makes it mandatory for those clients who are proposing to make an application for Legal Aid to be referred to mediation before Legal Aid is applied for. A declaration by a mediator is required in a formal notice that the parties have sought mediation and mediation has not been successful for any number of reasons.

Without such a declaration from a recognised mediator Legal Aid cannot be granted for any matrimonial proceedings including ancillary and childrens matters. It is therefore vital that mediation be sought at an earlier stage. The following mediators are recommended although this is not an exhaustive list of the mediators which offer services of this type:- 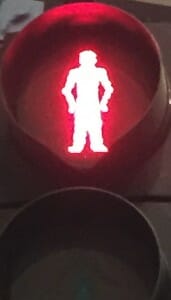 The timetable and procedure for the Divorce

After one year of marriage either spouse may start the divorce. He or she is referred to as the “petitioner”. Now under the Pre-action protocol a draft divorce petition must be sent by the Petitioner to the Respondent for he/she starts the divorce petition.

The petition and statement of arrangements about the children are completed and then sent to the Court together with the marriage certificate. A fee, currently £550 is payable.

b) The Acknowledgement: Within 29 days of receipt (longer if the documents have been sent abroad) Whether or not an acknowledgement has been filed, the Respondent must, if he or she intends to defend the petition, file a defence (called an “Answer”). The petition then becomes “defended” and the procedure outlined below does not apply. Defended divorce proceedings resulting in a fully contested hearing are very rare. However, a delay in finalising the divorce is inevitable. Note: If the Respondent does not agree with the Statement of Arrangements for Children, he or she may file a statement setting out his or her arrangements.

d) The Decree Nisi: If the Respondent is not defending the petition, the Petitioner can apply for the Decree Nisi to be pronounced. The Petitioner’s solicitor prepares an Affidavit exhibiting the Petition and the arrangements for children if applicable. The Affidavit is sworn before a solicitor or an officer of the Court as to the truth of what has been said in Petition and Statement of Arrangement for children.

e) The sworn Affidavit: is then filed with the court together with an application for the matter to be placed on special procedure, which is the procedure when both parties consent to the divorce and the grounds of the divorce are satisfied.

g) On receipt by the Court of the application for a date for pronouncement of the Decree Nisi and Affidavit The District Judge looks through the papers and, if they seem in order, gives a certificate for the Decree Nisi to be pronounced.

Both the Petitioner and the Respondent (through their solicitors) are then advised of the date fixed for Decree Nisi. Depending on the Court’s diary the date is likely to be a few weeks after the application is lodged. The parties do not have to attend Court.

h) If agreement has not been reached as regard the children of the marriage, the District Judge may ask the Petitioner and the Respondent (accompanied by their solicitors) to attend an informal appointment to explore a solution to the difficulties. The District Judge may also ask for a Court Welfare Officer to become involved. If a solution can not be reached, this will delay the application for the final decree of divorce.

i) The Decree Absolute: If arrangements in relation to the children are settled between their parents. Six weeks and one day after the date of the Decree Nisi The Petitioner may apply for the final decree (“Decree Absolute”) by sending the appropriate form to the Court . This step is not automatic. This Decree will be processed and may be available as quickly as the same day.

Compiled by Vinay Tanna – Law correct as at April 2018

If you are considering a divorce you should also read the following library articles: