We are open for business - during this crisis, we offer all our services remotely to our valued clients and third parties. We can work via Facetime, Whatsapp, Skype and Zoom. Please call 0208 232 9560 or complete a contact form to arrange service. 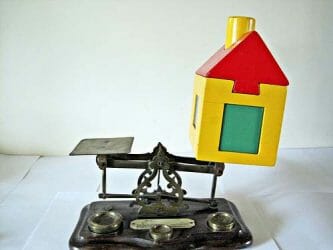 Jane and Frank Habberfield purchased and began working on Woodrow Farm in the 1970s. When Frank died, his entire estate was bequeathed to his wife Jane. His estate included the farm and the property in which they lived together.

However, the youngest of Jane and Frank’s children, Lucy, brought a claim against her father’s estate. She argued that, based on promissory estoppel, she was entitled to the ownership of the farm.

Promissory Estoppel is a legal doctrine which ensures that promises, which are relied on to one’s detriment, can be made enforceable by law even if no consideration is given.

Lucy claimed that both of her parents had promised her ownership of the farm upon their retirement. Jane denied that any such promise was ever made.

In February of 2018, the case was heard in the EWHC. Birss J held that the cash sum of £1.17 million was owed to Lucy, representing the value of the land promised to her. This sum was to be paid immediately.

This judgement was met with much unease and Jane appealed on the basis that it was inequitable and unfair.

However, the EWCA agreed with EWHC verdict and found that a promise was indeed made.

Lewison LJ went onto say in his judgement:

“Underpinning the whole doctrine of proprietary estoppel is the idea that promises should be kept”.

It was on this basis that the EWCA rejected Jane’s appeal and she was ordered to pay Lucy her share of the equity.

This judgement should deter anyone from making promises if they intend not to keep them.

Free advice and Q & A from your armchair every Wednesday at 3.00 pm