While our job is first and foremost to promote or defend their client’s interest, I was always aware that this does not necessarily mean opposing your opponent at every turn. The best result will often be negotiated rather than “won”. That said, it was still a bit of a surprise to see the level of co-operation and collaboration involved in a day at the Principle Registry of the Family Division. 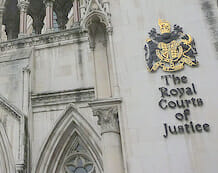 The biggest difficulty in a contested childcare case will arise when the parents are looking for a solution that suits them rather than a solution that is for the benefit of the child. This can mean that they oppose solutions that would be a helpful resolution, or fail to abide orders of the court. When this happens, the role of the lawyer is to help the parties to see that they need to compromise as much as to fight for their client. If the lawyer sticks to his guns too firmly, the Court may impose a compromise that they think is fair, which may not be the compromise that your client wants. By convincing your opponent, and where appropriate your client, of the need for compromise, you can make sure you get the compromise you want.

Sometimes, though, this compromise is not possible. To put it into the words of the Family Procedure Rules, there is an “intractable dispute over residence or contact… or where there is irrational but implacable hostility to contact or where the child may be suffering harm associate with the contact dispute”. That wording comes from the Practice Direction giving guidance on when the Court will appoint a guardian to represent the wishes of a child. One way of tackling these intractable disputes is by having the child’s wishes represented separately in Court by a guardian, but that means facing up to another reality of the Court: Money. 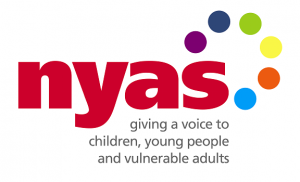 In deciding what the best course of action is, the court has to have an eye not only for resolution of the case, but for the budget of the local CAFCASS. The judge does not just want to assign services willy-nilly and so will take some persuading that they are necessary. It was surprising to see how openly the court will talk about having to weigh the welfare of the child against budgetary considerations. You would think that the need to have the child represented in court would outweigh making ends meet, but for justice to be workable it has to be affordable. I also expected that such considerations would be done by council accountants far away from the courtroom, but if the judge makes an order, it has to happen, so the judge has to make sure that order is workable.