Home / Blog / Whose Fault is Divorce?
Request a free consultation

Whose fault is a divorce? This is a loaded question and can heighten feelings of animosity between separating couples. Often, a couple can feel like the divorce is nobody’s fault but, at the moment, in order to get a divorce quickly, one party has to place blame on the other. However, attributing fault in divorce will soon be a thing of the past, as new law reforms are set to be introduced in England and Wales.

Current divorce laws have remained much the same for the last 50 years. They state that a couple who

wish to divorce must prove that their marriage has irretrievably broken down. To do this, one of the following must have taken place. These are known as the five facts of divorce –

The first two reasons – adultery and unreasonable behaviour – apportion blame to one party. The 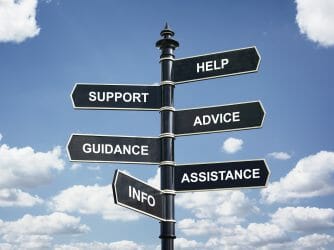 advantage of doing this is that you can start divorce proceedings straightaway. This is important for lots of separating couples, many of whom say they want to finalise the divorce as quickly as possible.
However, using a fault-based reason for divorce can increase tensions, making for a more acrimonious split. This is damaging for all concerned, especially if there are children involved.

Therefore, it may be preferable to rely on a no-fault reason for divorce. If you want to go down this route, your only options are two years’ separation (if you both agree to the divorce) or five years’ separation. The issue here is that you must wait at least 24 months before you can start divorce proceedings.

The future of no-fault divorce

Advocates of no-fault divorce have long been calling for a change to the divorce laws in England and Wales. The case of Tini Owens brought the matter to the public’s attention, prompting Justice Secretary David Gauke to publish a consultation on the matter. The response was overwhelmingly in favour of no-fault divorce.

Consequently, the government has announced it will update the country’s divorce laws. When the legislation is changed, the concept of fault in divorce will be removed entirely. Soon, couples simply need to notify the court that their marriage has irretrievably broken down. It will not be necessary to establish fault or a period of separation.

In addition, the government has proposed further law reforms to –

This means that the question – ‘whose fault is divorce?’ – will soon become irrelevant. You may have very strong feelings about who is responsible for the breakdown of your marriage. However, when the law reforms come into effect, the issue of blame will have no bearing on the divorce process.

In the meantime, it is still possible to minimise tension and acrimony in a divorce. Solicitors who are members of Resolution, an association of family lawyers, are committed to a co-operative and collaborative approach to divorce designed to help divorcing couples concentrate on resolving the things that are important to them.

If you want to know more about getting a divorce, or about the new divorce laws, please contact us at Garner & Hancock Solicitors for a free consultation. Call us on 020 3870 3676 or fill in the free online enquiry form and we will call you back.