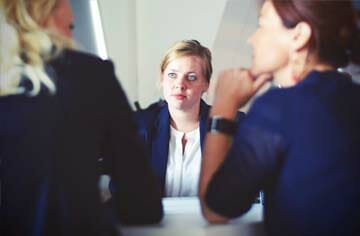 When is the new no fault divorce coming into force?

The introduction of no fault divorce is due to come into effect this year in April 2022, changing the way that couples demonstrate to the court that the marriage has irretrievably broken down.

What if I want to divorce now?

Currently, it is necessary to satisfy the court that one of five things has occurred: the other party has committed adultery, has behaved in a way in which the petitioner cannot reasonably be expected to live with them or has deserted them for at least two continuous years, or it must be shown that the parties have lived apart for at least 2 years (as long as both parties consent to the divorce), or 5 years if not.

Only if the court is satisfied that one of these “facts” has taken place can it grant a divorce.

How does No Fault divorce work?

From April this year, if a party to the marriage declares to the court that the marriage has irretrievably broken down, this is taken as conclusive evidence that it has and the court must grant a divorce – no reasons given and no questions asked. Furthermore, it is not possible for the other party to the marriage to challenge the divorce or prevent it from happening, save if the court does not have the power to grant the divorce due to the parties having insufficient ties to England and Wales.

With the reform due next year, we are often asked whether it is now better to wait until then or to start proceedings now under the current system. There is no one right answer and different factors may militate towards a different approach:

How long will a divorce take?

The reform is due to take place in 4 months but this has been pushed back from Autumn last year and there is no guarantee it won’t be pushed back again. Furthermore, under the no fault divorce, the process is designed to take longer to allow time for reflection. Built in delays mean that the absolute minimum time it can take to obtain a divorce will be 6 months from submitting the application, although in reality it is likely to take longer due to processing times. The first no fault divorce is therefore unlikely to be finalised much before the end of 2022.

Under the current system the only built in delay is that 6 weeks and one day must have elapsed between receiving the conditional order (currently called Decree Nisi) and the application for the final order (currently called Decree Absolute) but there are backlogs in the system causing further delays. Allowing time for processing, the divorce could be completed in 3-4 months or so.

What will be the Cost?

As no facts need to be stated in a no fault divorce, it will not be necessary to determine the best way to approach the divorce or to construct a carefully worded divorce petition and instead the petition should become more of a form filling exercise. This should mean solicitor fees for a no fault divorce should be slightly less than they are now but the court fee, which is currently £593, is likely to stay the same so a large chunk of the overall cost will not change.

Does it depend on your spouse’s approach to divorce?

If your spouse accepts that the marriage has ended and will not challenge the divorce, there may be merit in getting ahead of the curve and starting the divorce now rather than joining a queue of others who have decided to wait until no fault divorce has come into place. It is possible to draft an “unreasonable behaviour” divorce petition with allegations which are just sufficient enough to cross the hurdle of being unreasonable but which are considerate to the feelings of your spouse.

However if your spouse has indicated that they will fight tooth and nail to stop the divorce or make it as unpleasant as possible, it may be better to delay the start of the proceedings until the new no fault divorce system is in place. Under that, a spouse will not be able to challenge whether or not the marriage has irretrievably broken down, greatly limiting their ability to slow down or stop the divorce from happening.

Whether divorce proceedings are amicable or contentious, taking legal advice from an early stage can help provide certainty and a clear path forward. Whether you are in divorce proceedings already or don’t know where to start, our team can help guide you through the process to get you the right result.