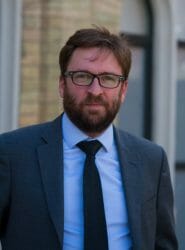 Before turning to law Daniel received a BSc from Bristol University and a Masters in Philosophy of Cognitive Science from the University of Sussex. He joined Garner & Hancock in 2013. Having already completed the Bar Professional Training Course to train as a barrister Daniel decided that a move into becoming a solicitor would suit him better, supported by Garner and Hancock.

He qualified as a solicitor in September 2016 specialising in all kinds of litigation including family and commercial disputes as well as contentious trusts and estates. Daniel has particular expertise in matrimonial finance and dealing with child contact issues.

Daniel is now accredited as a Solicitor Advocate entitling him to represent clients in the High Court and appeal courts and now regularly appears in court on behalf of his clients.

Outside of work Daniel enjoys climbing mountains, cycling, tinkering with anything that be taken apart, lectures on all subjects, learning new languages, travelling and expanding his legal knowledge. He is also passionate about his regular volunteer work at the Brixton Advice Centre, a charity providing free legal advice in Brixton. 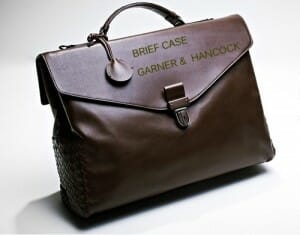